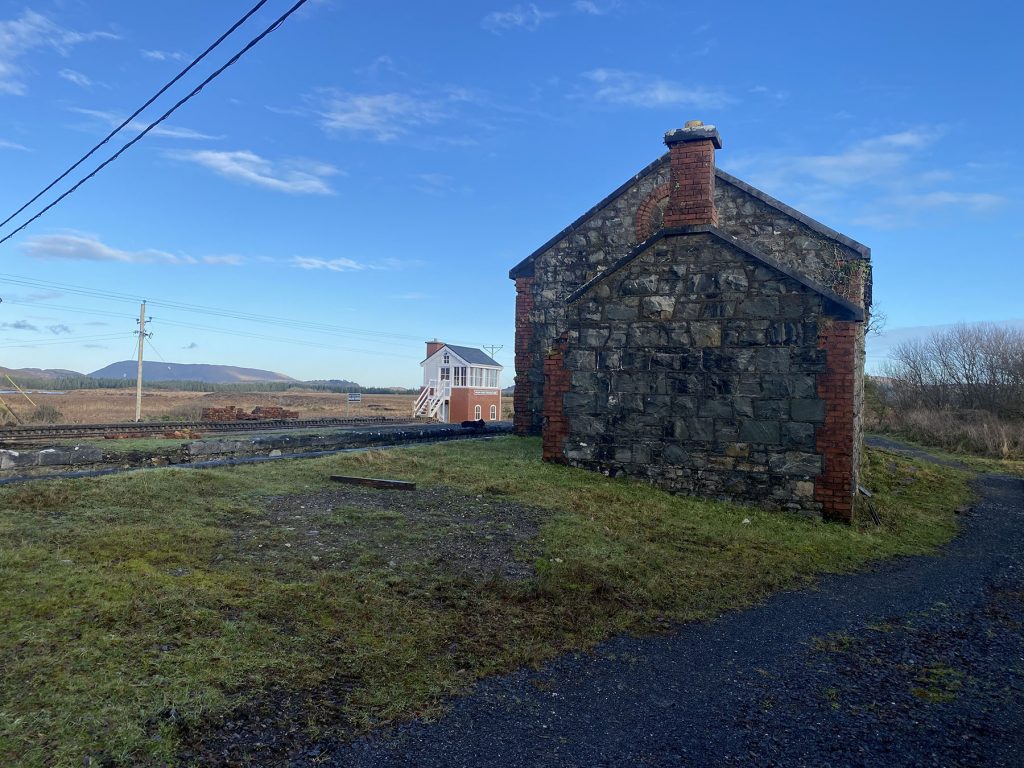 A view looking at our new Signal Cabin with the gable end of our Goods Store in the foreground – this original building is to be fully restored as a small exhibits museum, along with its small goods office which will be refurbished to recreate a snapshot of it in its as built condition. Its barred window belies the important merchandise which was stored within – tobacco, whiskey, tea, and other essentials!! Any help in funding or items such as Victorian/Edwardian fireplace/office furniture will be most gratefully received.

Looking north on New Years Day 2023 towards our almost completed Signal Cabin, complete with installed lever frame recovered from the disused Ennis South Cabin – sincere thanks to Iarnrod Eireann for making it available! Our newly built Cabin is an exact replica of what was there just before closure in 1934. The original 1895 structure was badly damaged on October 1922 when it was set on fire by the retreating Irregulars while being pursued by Free State forces during the Civil War. Rail operations at Maam Cross were conducted with the use of a ground frame until the cabin was rebuilt by the Great Southern Railway in 1925. Further fitting out of our new cabin will commence shortly, and we are in search of a Pot Bellied Stove – which was the staple heating/cooling convenience of the period! Any other artifacts which would suit the period – would be most welcome!