The interior of the ballast plough van was cleaned out-this will be refurbished inside and out in due course.

The plough vans were constructed by CIE at their Inchicore works and entered into service in 1978,
They were numbered 24850-24854 and operated with the two axle ballast hoppers,three of which are also preserved on site in Maam cross,
They worked all over the CIE/ Irish rail network from 1978 until withdrawal in 2013,
The formation of the train would have been a plough van and up to fifteen ballast hoppers wagons-on some occasions two plough vans were provided-one at either end of the train. 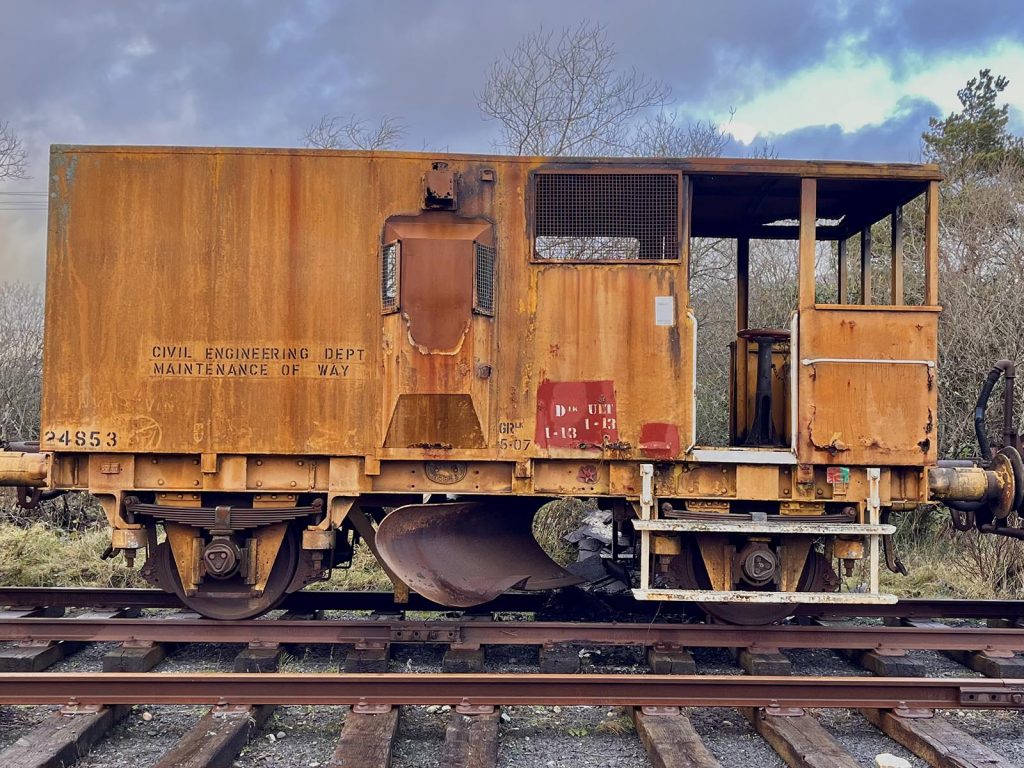 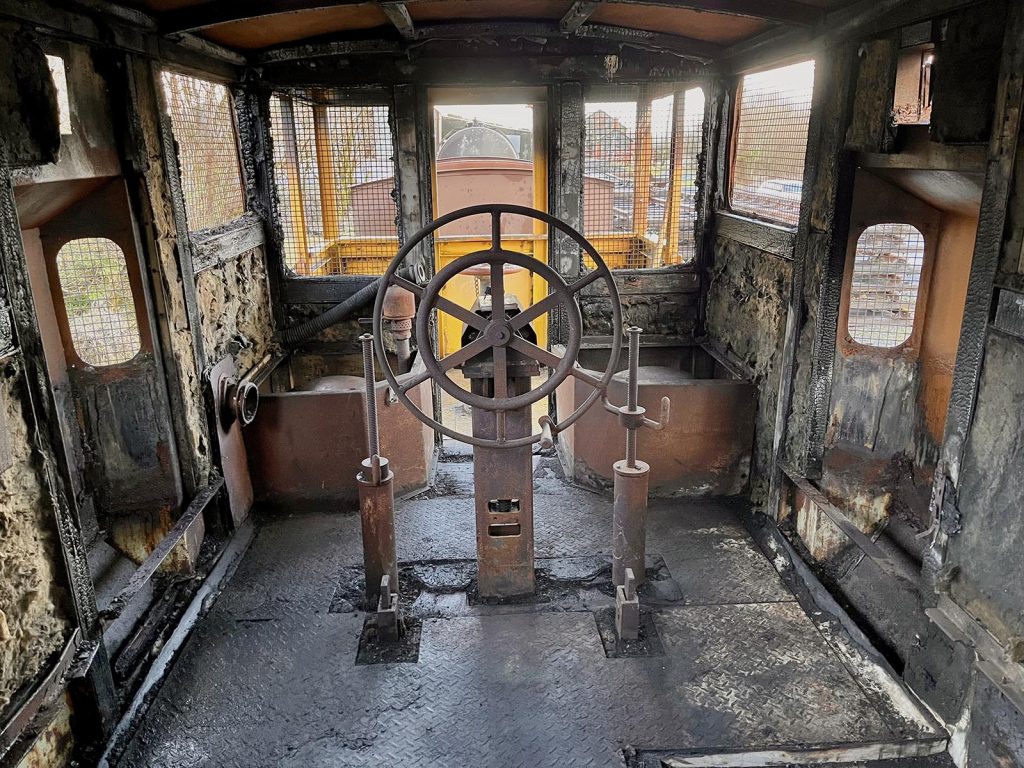 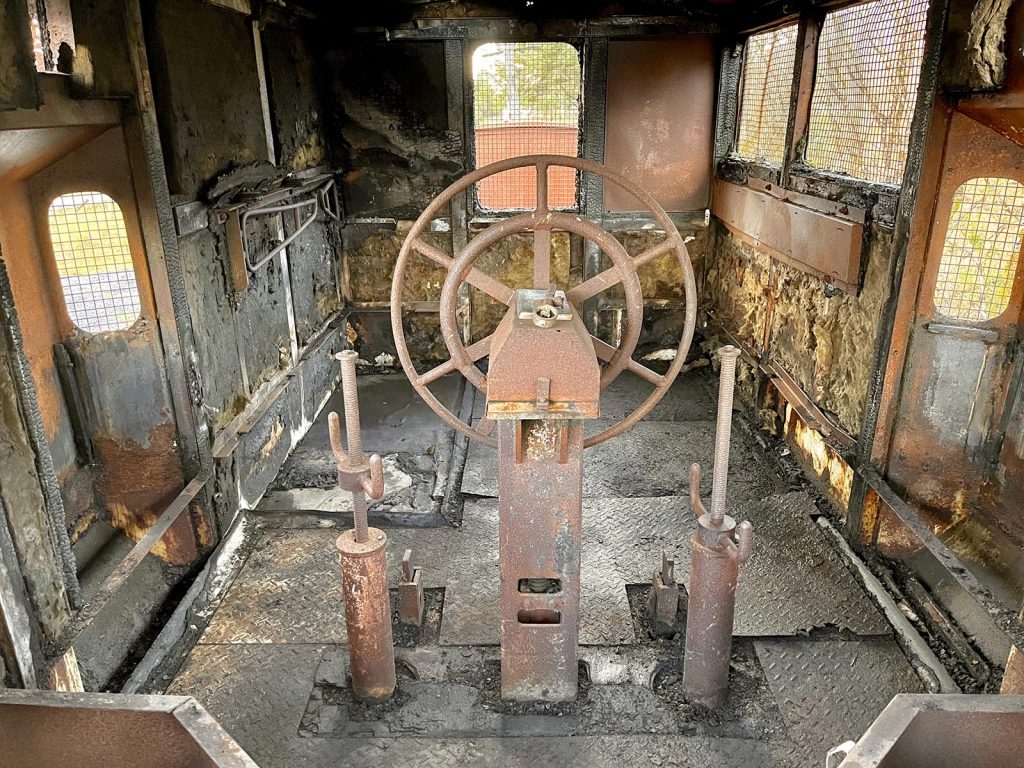