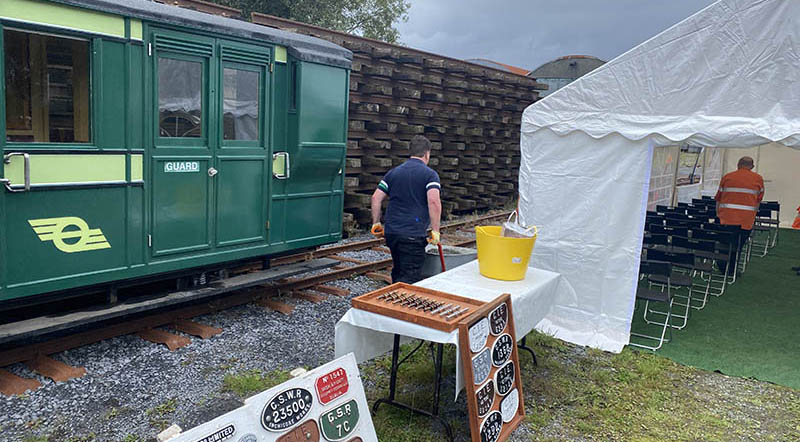 We had a very successful book launch at Maam Cross railway station last Saturday September 18 when Éamon Ó Cuiv TD attended and did the honours by introducing our colleague Jonathan Beaumont’s new book on the Galway – Clifden Railway, ‘Rails through Connemara’
Around one hundred guests honoured us with their presence and despite the inclement weather – all enjoyed themselves and were impressed with the progress we’ve made towards restoring a stretch of the Clifden branch!
We are urgently in need of funds to continue this progress! 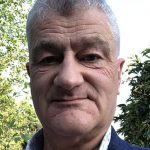 Written by renowned railway historian Jonathan Beaumont, author of Rails to Achill, Achillbeg – The Life of an Island, Rails Through the West, among other publications, this book Rails through Connemara is the story of the railway from Galway to Clifden, plus other proposed railway schemes in the region, from conception to construction, operation and conclusion when replaced by road transport in the 1930s.

Maam Cross was one of the stations on the line, built to serve the locality when the line opened in 1895, and closed along with the rest of the Galway – Clifden railway in 1935.
The platforms, goods shed and water tower remain, but the very fine red-brick station building was demolished just over fifty years ago, despite having survived the closure. The station is now the site of the revival of trains in Connemara through the Connemara Railway Project.